It started in 2018 after the killing of Tara Fares and a few other girls and boys and men and women. Tara had become a friend of mine shortly before her killing. We never met in real life but we made exchanges online to figure out what our next move would be to empower girls and women in our region. I wanted Tara to become a significant part of The Naughty Witch because as I said to her "You’re the ultimate definition of one" and suddenly one morning my news feed on all social media platforms was full of her face. Friends whom had never heard of her were posting about her and my vision was still blurred, I had just woken up and I think my eyes registered the headlines of her obituary before my brain did because it wasn’t until later that I said "No, no, no, no, no!" out loud. I texted her! I asked her if it was true. That’s how my mind was operating. I was texting my friend if her obituary was real.

It was the weirdest thing ever. The next step was to text our mutual friends and none of them knew either. Everything was so chaotic.

And she made international news, she became an overnight sensation, and that’s what she wanted. She wanted to put Middle Eastern girls at the forefront of the media and she did become an internet sensation but as an obituary. Not as the sweet fun wonderful and pure hearted girl she was. 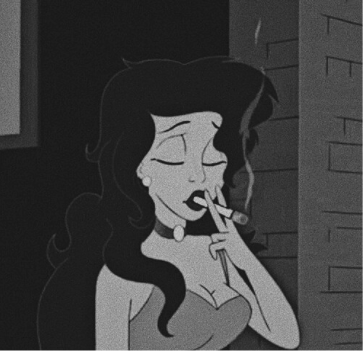